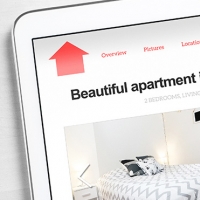 People who are interested in living in or investing in DT condos are often asking which building do, and which once don’t allow short term rentals. The truth is the majority of the condos don’t permit short term rentals and it is stated in their bylaws, of the buildings who are not allowing them there are some who enforce it strictly, and others that don’t.

City of Toronto at the end of 2019 implemented new rules and regulations for short term rentals, there are certain rules that pretty much eliminate (in theory) condos from the short term rental pool such as:

The new regulations came into effect in the second half of 2019, March 2020 covid hit and shut down all the travel.

It will be very interesting to see how the municipality is able to enforce the rules in the future, what effect it has on the business model, how many units are turned into long term rental or sold to owner occupiers.

We hear many complaints from people who do not want to live next to a hotel, and I am curious to see if the buildings which allowed short term rentals to date are turned back into what their purpose originally was, a place to live for owners and tenants alike.

35 Mariner Terrace (rules updated during the covid to disallow STR, minimum lease term is 30 days, enforcement questionable based on discussions with residents and the crowd in the lobby)

8 Mercer Street (inconsistent info, some residents stated it's a party central, the security said they don't allow it)

8 Charlotte Street (the bylaws permit STR, but they may be in the process of changing them).

25 Lower Simcoe – does not have a minimum lease term but has updated their by-laws to prohibit hotel like accommodations, the language is pretty vague and enforcement unknown.

15 Greenview Ave (North York) – currently allows (as of November 2022) but is working on changing the declaration to a minimum lease of 3 months.

We will be the first to admit that the list is likely incomplete, certain condos may be missing, some of the buildings may have by-laws prohibiting the short-term rentals but the management doesn’t enforce them, others may have been allowing them in the past but started enforcing them recently.

If you are reading this and have noticed any errors please kindly let us know and we will update the list.