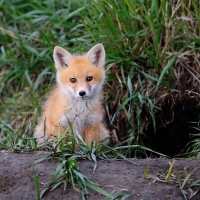 When looking for your next condo you often see numbers such us 1+1, 2+1, 1+2 where the first number represents the number of bedrooms, and the second number represents a den. We have already discussed what is a bedroom and the alternative solutions often used in condos, now let’s talk about the dens.

A den, or the number that comes after “+” as it turns out, and unlike other spaces in your house or a condo is not regulated by the Ontario Building Code and that is why we have such huge differences between the dens, as pretty much a developer can call even a tiny nook a den.

There are times where a den is big enough to be a bedroom, it even has door so you can completely close it off and it would be suitable as a bedroom for a child or a guest or even a roommate, but it can’t be called a bedroom because it doesn’t meet the necessary requirements. Other times the dens are big enough to be an office, the space is well defined, but it may not have door, or it’s not closed off. Perfect for an office, make up room and so on.

And then we have dens big enough to store your shoes (should be called a dent not a den), a hallway that is wider and all of a sudden part of it becomes a den, and quite often a wasted space you are paying for because of few extra feet, and because it is called a den.

The bottom line is when looking to purchase a condo pay attention to what the actual den is like since the term is not regulated and not defined in the building code, it could be a very usable space worth a lot of money or a wasted space with no particular purpose.

Happy condo hunting, if you have any question regarding this or any other topic, please let us know.