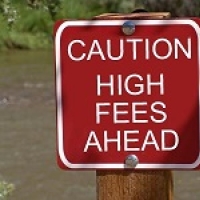 When discussing the condominiums, we often hear terms special assessments and loans, in this blog we will explain what they mean and why they are often a sign of the existing issues.

Both loans and special assessments are a form of financing where funds aren’t readily available.

Loans – this is pretty self-explanatory, the corporation would apply and receive a loan which would be repaid over an extended period of time and collected via, likely increased, monthly common fees. This does not apply to mortgages the condo may have for superintendent or guest suites, these are normal and not a concern.

Special assessments – when shortage occurs the unit owners will need to pay the total assessed as a lump sum payment or collected within a short period of time via installments. 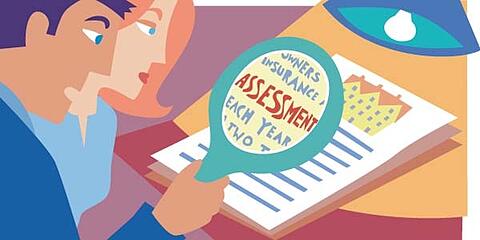 What are the most common causes of special assessments or loans?

First group includes reasons which are easily explained and not a result of mismanagement or poor quality.

Kitec in the buildings constructed between 1995 and 2007.

This issue was described in our blog about kitec plumbing recently, if the corporation is taking care of the replacement typically it is via special assessment and the costs usually range between $5-10K. It’s an unfortunate situation that many condos run into, but it’s not any indication the buildings are run poorly (how the kitec replacement is taken care of could be a concern). If the corporation already issued a special assessment and it’s paid for it’s not a reason to be worried about, doesn’t affect the quality of the building, it’s simply due to circumstances outside of their control.

As an example, the board may decide that replacement of the windows may make sense now instead of waiting another 5 years because it may save on the maintenance costs, possibly there are grants expiring which won’t be available later and so on. In such cases earlier replacement may save money in the long term despite the costs of financing. This rarely happens and it may not be viewed as negative if done right.

The second group are reasons for concern and typically caused by faulty construction, mismanagement, or incorrect planning.

Shortfall in the reserve fund.

We have explained the basics of the reserve fund and the reserve fund study in one of our previous blogs, when the shortfall becomes significant and there are not enough funds to carry on the necessary repairs, the board may elect to shore up the shortage via loans or special assessment.

Shortfall in the general fund.

General funds are money collected on monthly bases and used up for current expenses, we have covered the expenses in this blog. The corporation is a non-for-profit organization therefore in theory the amounts collected from the unit owners should be enough to cover the expenses. In practice it is impossible to exactly predict the spendings and the net result will never be zero, in some years the condo will have excess funds at the end of the year, other years there may be a small shortfall, yet overall balance shouldn’t be negative and not by a large margin. Smaller shortfalls may be covered by higher than normal monthly fees increases, larger shortfalls can be made up by special assessments and sometimes loans. The general fund should have a healthy positive balance, but it isn’t the case of the higher the better. If the balance becomes excessively high the board should analyze the budget and identify the reasons for the excess balance. Often the excess balance is addressed by transfers of the excess to contingency fund, reserve fund, or not increasing the condo fees for a year or two.

No matter how you slice it this is a problem, could be fraud or inexperience.

Some boards insist on keeping the monthly contributions very low which results in shortage of funds or the building not maintained properly.

Also self-explanatory, something that should last 30 years needs to be replaced 10 years earlier and there weren’t enough funds accumulated to address it that early.

Lawsuits against developers, most commonly due to poor quality of construction.

It’s not unusual that the condo corporation sues the developer for poor quality of constructions, the lawsuits or settlements take a long time and the outcomes not guaranteed, the deficiencies need to be addressed in the meantime and to be able to pay for these the financing is needed.

This happens occasionally and could be a big problem. As an example, there isn’t a proper drainage in the areas surrounding the complex and during very heavy rains the excess water affects the condo itself. Addressing this problem could require additional funding.

Not repairing and maintain the common elements properly and on timely basis.

Not much to explain here.

Lawsuit against the condo corporation for losses not covered by the insurance.

This doesn’t happen very often but it’s possible that the insurance company doesn’t cover the losses which than need to be paid by the owners.

Quite often for smaller amounts the special assessments may work better, the unit owners may be able to come up with relatively small amounts but may not be able to pay amounts in the range of tens of thousands of dollars.

Special assessments are paid by the current owners, loan obligations are transferred to the new owner when the unit is sold.

Condominium loans are a specialized product and not offered by every financial institution.

When buying the condominium unit and reviewing the status certificate, special attention should be paid to loans and special assessments as well as any aspects of the condominium financial position which could potentially trigger the need for additional financing.

We hope that this article clarifies the concepts of special assessments and condominium loans, if you have further questions, please don’t hesitate to contact us.